Canadian Solar Completes the Sale of the Last Subsidized Operational Project of 3.3 MWp in the UK

Canadian Solar Completes the Sale of the Last Subsidized Operational Project of 3.3 MWp in the UK

Canadian Solar Completes the Sale of the Last Subsidized Operational Project of 3.3 MWp in the UK:

GUELPH, Ontario, Dec. 5, 2019 /PRNewswire/ — Canadian Solar Inc. (the “Company” or “Canadian Solar”) (NASDAQ: CSIQ), today announced that it has closed the sale of the 3.3 MWp Milborne Port project in the United Kingdom to Elm Trading Group, advised by Alpha Real Renewables. The transaction was closed in November 2019 and the Company expects to recognize revenue from the sale in the fourth quarter of 2019.

The Milborne Port project is located in Somerset, England, and is accredited under the 1.2 Renewables Obligation Certificates (ROCs) subsidy regime. The project was developed, built and operated by Canadian Solar and started commercial operation in March 2017. The solar plant generates an estimated 3.3 GWh of clean electricity annually, enough to power approximately 1,062 households and offset 932 tons of carbon emissions each year.

Dr. Shawn Qu, Chairman and Chief Executive Officer of Canadian Solar commented, “We are pleased to partner with Elm Trading Group on the sale of our last subsidized operational asset in the UK. We started developing projects in the UK’s subsidized market in 2015 and have since successfully developed, built, operated and sold projects with a total capacity of 158 MWp.”

Dr. Qu added, “With the cost of solar energy declining and reaching grid parity, we have started to develop a pipeline of unsubsidized projects in the UK and Europe more broadly. The first ones will reach ready-to-build status around mid-2020. We are excited about solar energy’s increasingly competitive prospects and are committed to expanding our presence and supporting the growth of solar markets in Europe.” 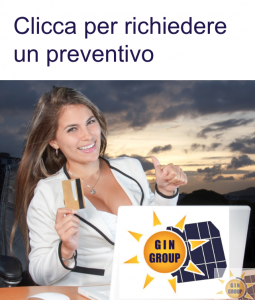